Thousand Enemies is an insert song for the anime Angel Beats!. It is supposed to be Yui's first performance song and, in the story, it is composed by Iwasawa herself. It is a part of the album Keep the Beats!. It is sung by Yui's singing voice actress, LiSA. 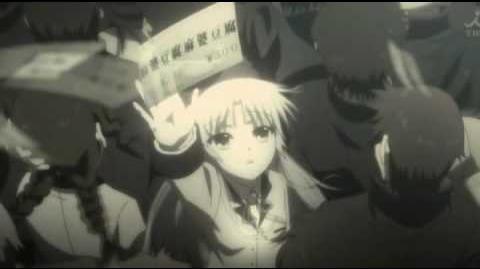 Retrieved from "https://angelbeats.fandom.com/wiki/Thousand_Enemies?oldid=12637"
Community content is available under CC-BY-SA unless otherwise noted.